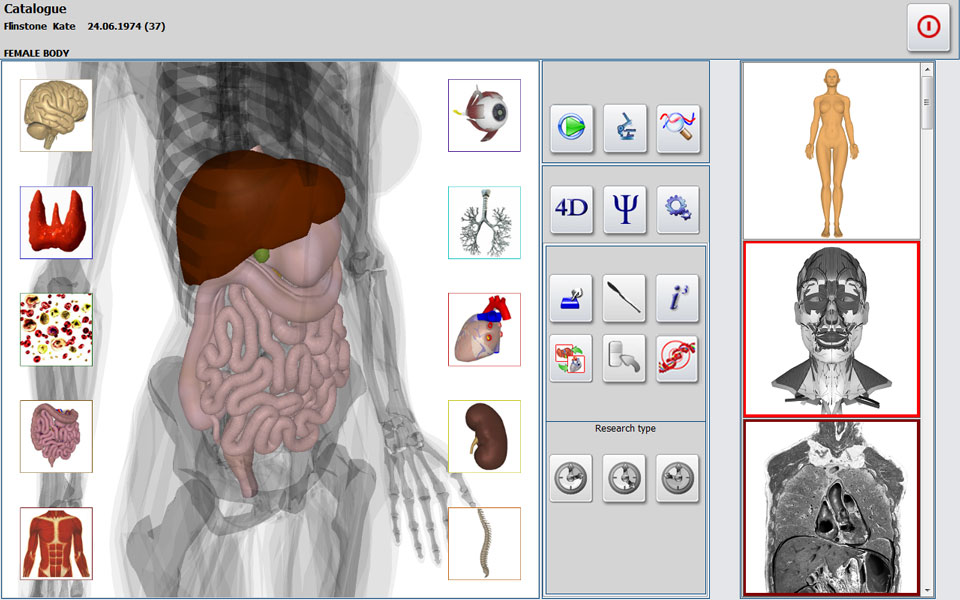 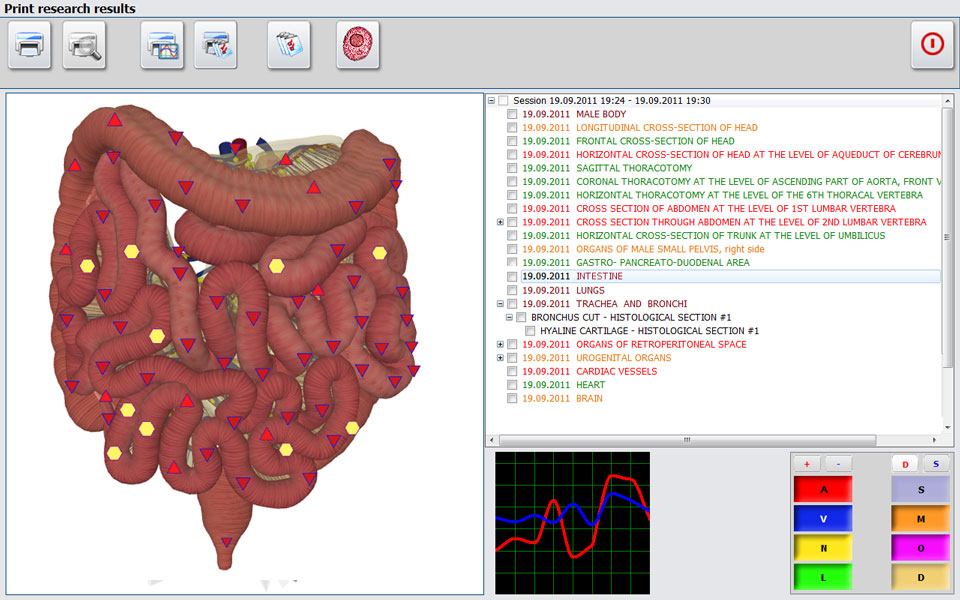 2) Immunoglobulin of I order, which allow to reveal immunodeficiency states.

3) New section – Microelements (introduced all chemical elements contained in human organism, dependence of chemical elements wave spectrums character on their location in periodic table is revealed) which give us a possibility to evaluate quantitatively indices of human organism homeostasis and diagnose its disorders on early stages. Using NLS analysis function it became possible to reveal and control content of various microelements in an organism.

Using NLS-systems one may find out that microscopic amount of some chemical elements, such as gold, for example, is also important for preserving of good health condition. Many others microelements participate in functioning of vibratory and bio-electronic systems of human organism and his CNS.

5) Nutriceuticals: database of food supplements is extended, in particular with NSP company products. 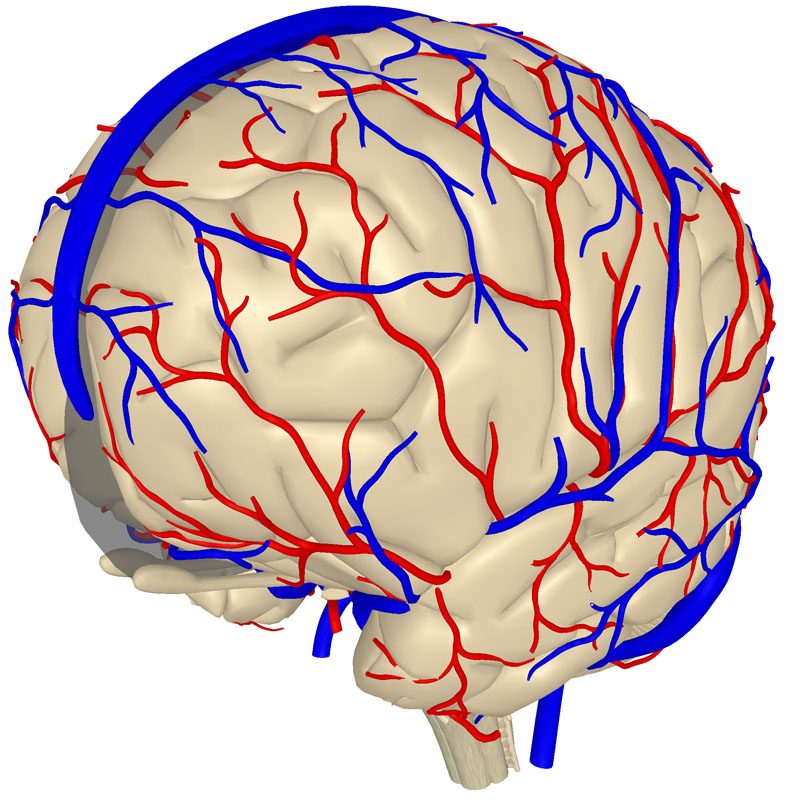 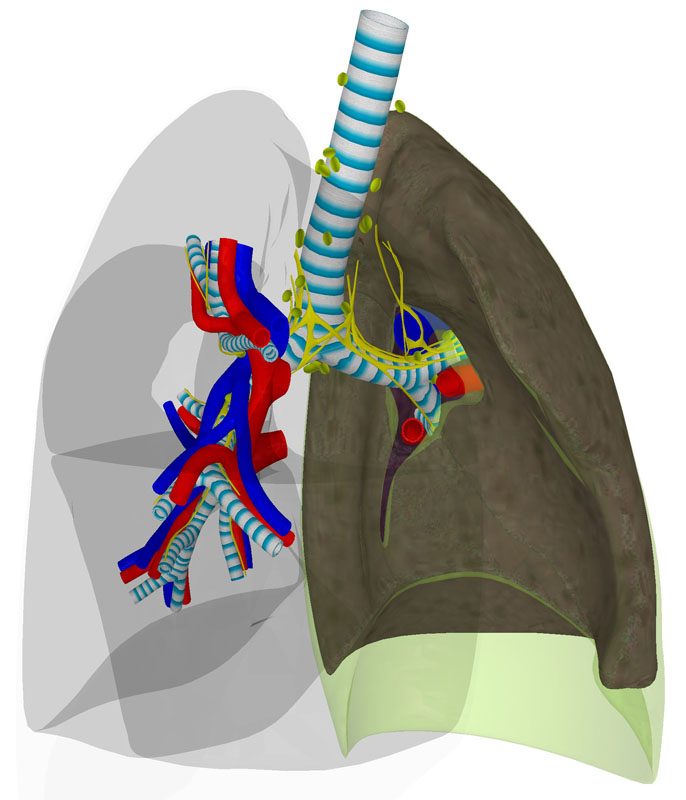 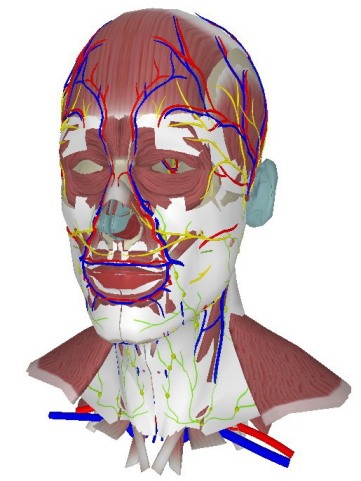 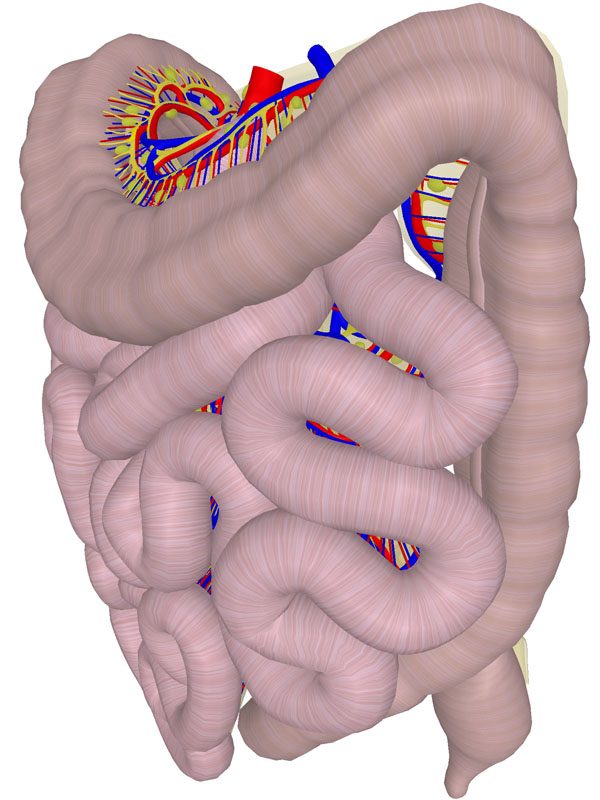 7) In this software we introduced new feature “Psychoemotional state” which allows us to evaluate in real-time mode emotional background of a patient and detect interrelation between development of mental and somatic pathology and emotional state of a patient.

Our thoughts and feelings form strictly individual spatial-frequency torsion field. That is why before we achieve true progress in medicine and psychology we have to learn to interpret our emotional disorders as disharmonic fluctuations affecting normal functional condition of an organism.

There is so close connection between emotions and development of a disease that sometimes it is possible to foresee course of person’s disease by evaluation of his emotional stress. The main thing is to see how a person deals with his stress, to identify his emotions, his personal tolerance – all these things may be evaluated by software’s psychoemotional screening function.

We created and added to our software etalons of 38 flower preparations for seven main states of mind and for treatment of psychosomatic diseases.

Main purpose of these remedies is to harmonize mental and emotional spheres of a man. Negative emotions promote development of a disease.

The software chooses spectrums of various essences for treatment of specific diseases and energy disorders.

Bioregulators, obtained from organs and tissues of specially bred healthy animals, are called organopreparations. German company “Vit Organ” has a technology of organopreparations obtaining, based on cellular method of researcher-immunologist K.E.Theurer, according to which extraction of specific for each organ and tissue organopreparation is carried out from cytoplasm of all cell types and their histogenetic ranges, therefore high organ and tissue specificity of obtained cellular bioregulators is achieved.
Thanks to organotropism feature, the preparations optimize processes of physiologic regeneration, restore genetic control over proliferation, differentiation and apoptosis in homologous organs, which promotes rejuvenation and renewal of tissues, development of anti-age effects, slowing down of ageing processes, restoration of young and functionally active tissue, elimination of inflammations, lysis of pathological proliferation foci, development of anti-degenerative effects, tumor growth inhibition.
As a result all abovementioned leads to restoration of organ or tissue normal functioning, in children – to restoration of postnatal ontogenesis, elimination of abnormalities and defects of development.

III. For the first time in “Metapathia GR Clinical” software we introduced application of three-dimensional reconstruction of pictures on basis of data read with multidimensional research – a study of hollow organs according to principles of “virtual NLS-scopy” with use of LAPP system (ultrahigh performance parallel processors system). Preparation of pictures for visual analysis is fulfilled with help of 4-D Tissue original method invented by the Institute, that allows not only getting of virtual multidimensional pictures of anatomic structures, but also choose interesting biologic tissue – “additional dimension” and visualize bones, soft tissues and vessels simultaneously. 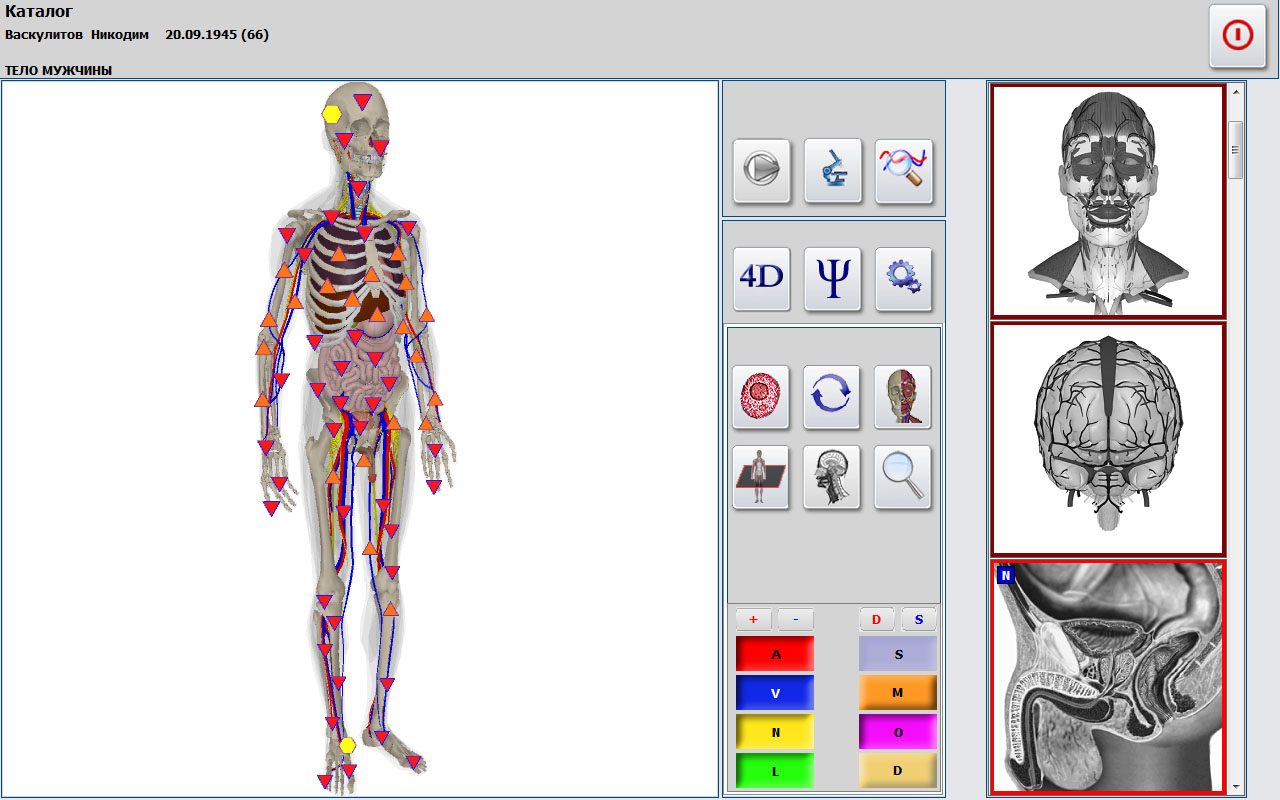 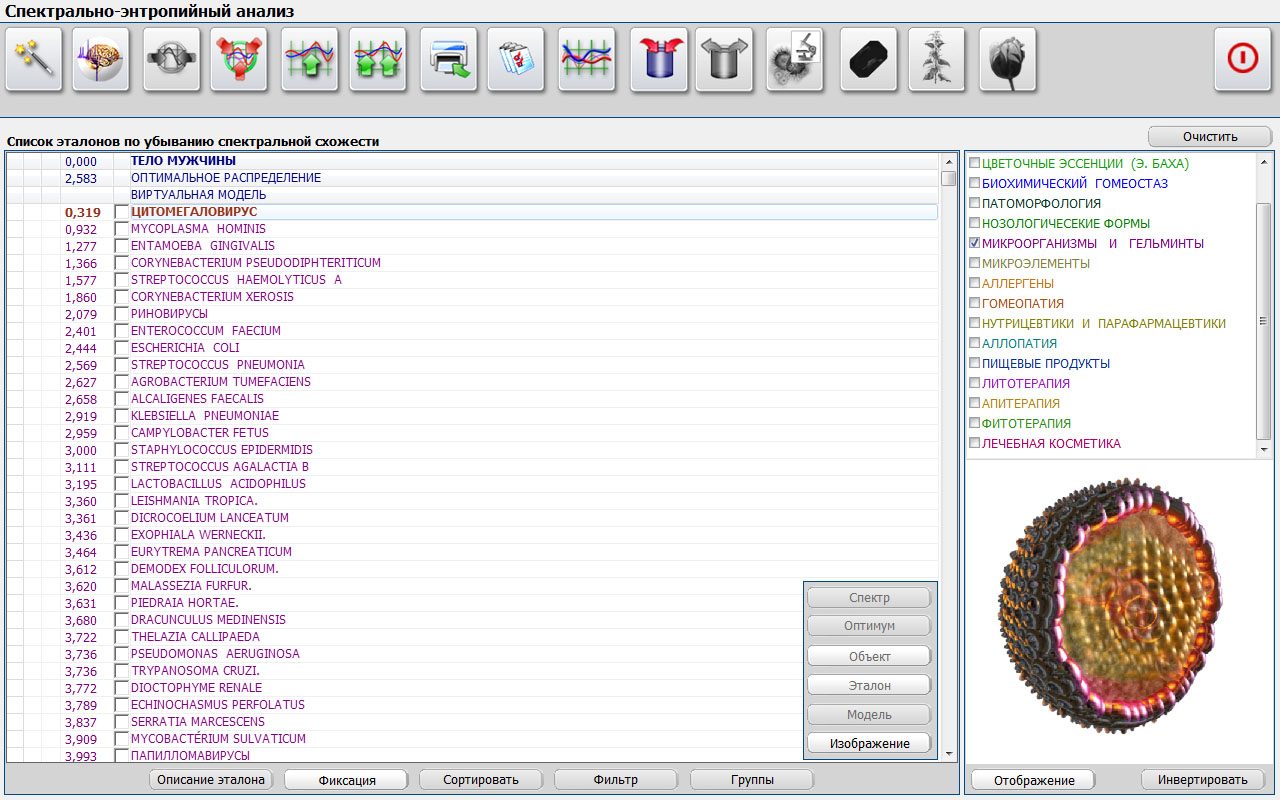 IV. “Metapathia GR Clinical” software has a significantly increased accuracy of acquired diagnostic results by establishing of feedback system between a patient and HSS. This objective is reached by introducing of possibility to enter into software results of patients’ biochemical analyses (blood/urine) acquired by laboratory method.