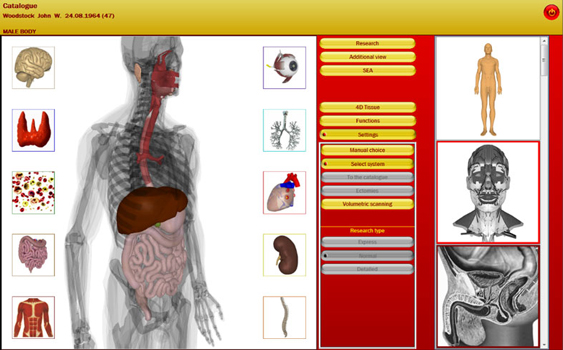 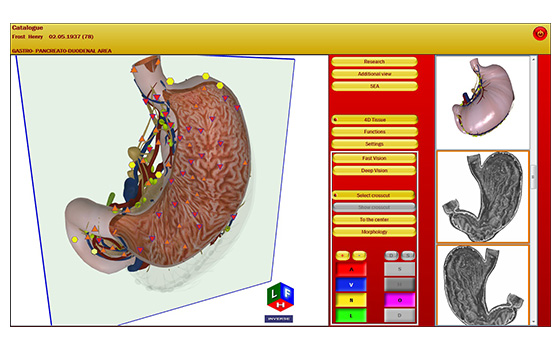 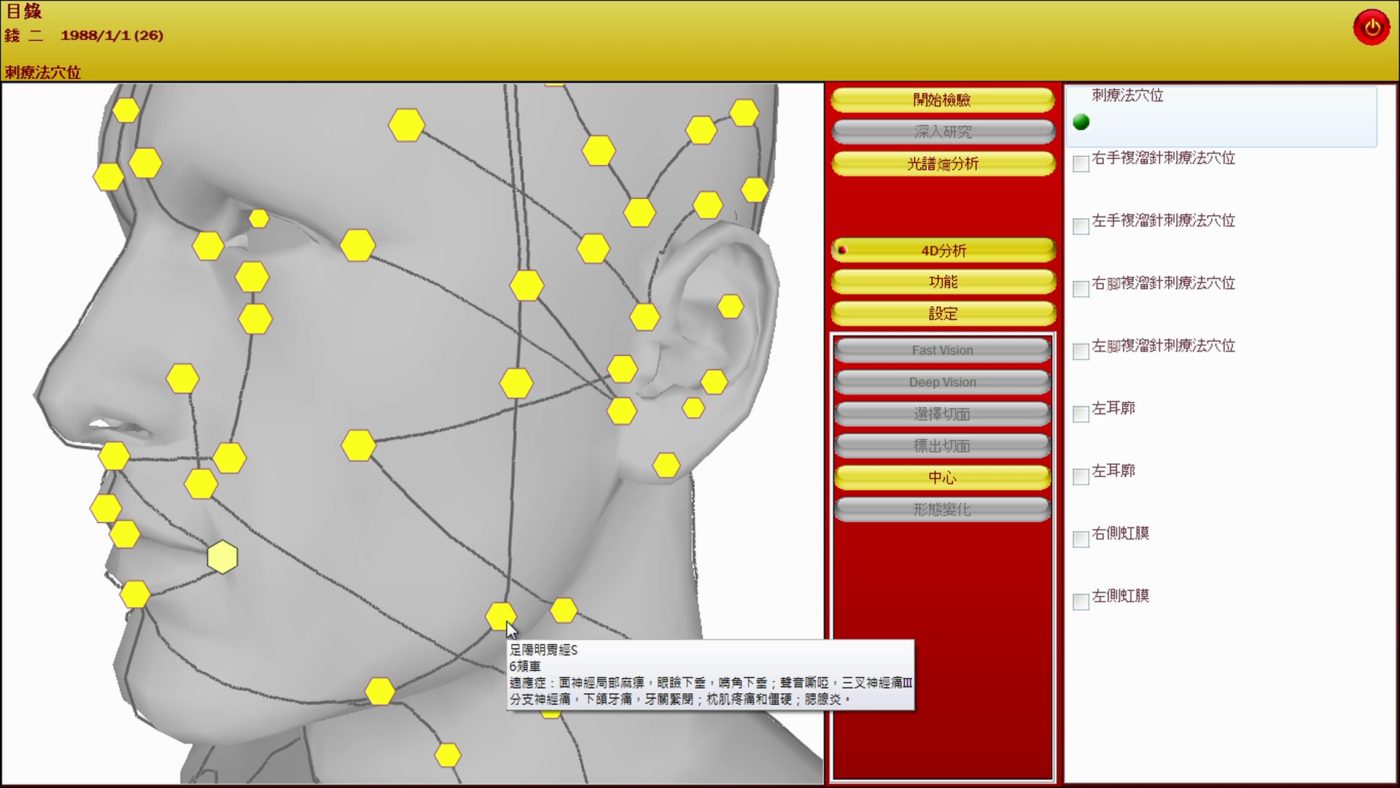 – In addition to Russian, English and German languages, the new software supports Chinese and Japanese languages.

Chinese medicine is a technology for health resumption, which contributed greatly into development of world medicine. The main distinctive feature of these traditional preparations, which are used and perfected for thousand years, is that they are made of natural components only. From the physiology perspective, Traditional Chinese Medicine preparations are more natural, thus safer, and more helpful for human health than chemically synthesized drugs of the Western medicine. 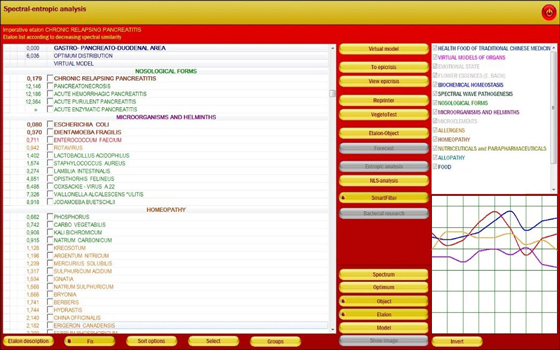 – For the first time, the new software displays 14 Chinese meridians.

Altogether, there are 12 pairs of main organ channels corresponding to 12 main organs of Traditional Chinese Medicine (TCM) and 2 non-pair meridians on human body. All main channels are linked into one system. One transforms into another in strict succession with Chi flow. This live energy is distributed to the whole organism through the channels and unites all functional blocks of an organism.

Jing-luo is a teaching of 14 meridians; it is one of the TCM main teachings. Jing-luo explains physiological functions and pathological changes of human organism and is used for diagnostics and treatment. It is also a basis for acupuncture. It is considered that the function of a meridian is to ensure flow of Chi, support functional activity of organs and harmonize Yin and Yang in an organism.

Unlike compartmentalized Western Medicine Theories, TCM believes that in case of pathology changing of one organ’s function inevitably changes functioning of other organs, i.e. the whole organism becomes involved into unhealthy process. TCM is truly a non-harmful form of medicine focused on strengthening a person’s natural ability to fight disease and has contributed greatly in development of world medicine.

The Traditional Chinese Medicine teaching that explains the physiological functions and pathological changes of the human organism is the basis of the rough diagnostic software “Red Dragon”.

While having all the 3D-Virtual Models and principal features of “Metapathia GR Clinical,” “Red Dragon” software also allows for the Virtual-3D viewing of the 14 meridians according to the Jing-Luo Theory.

Along with all the standard analytical programs in 3D-Virtual-Model Systems Red Dragon contains two additional features:

The only drawback of the Red Dragon system is that it does not contain a Cytology Module and its Overall Database of etalons is not as robust as GR Clinical. We have thoroughly tested the Red Dragon system and the accuracy of Virtual 3D Models and Biofeedback Therapy effectiveness is on par with GR Clinical. We highly recommend this system to all practitioners who are not interested in Cytology, even those who are not trained in TCM.

– Lythotherapy. The new software has spectrums of minerals and jewels. It allows selecting a jewel for a person strictly individually in compliance with biological compatibility and carrying out lythotherapy – treatment of an organism by mineral’s spectrum.

Special molecular composition of crystal structures provides energy impact to cellular and biomolecular systems of an organism. Some jewels may enter into specific harmonic resonance with certain parts of our organism. Vibrational energy is transferred to a certain molecular system and it harmonizes Yin and Yang, stabilizes biochemical processes, improves level of cellular structure, restores unhealthy organ and increases tendencies for recovery.

– The “Red Dragon” software has the added feature of three-dimensional reconstruction of pictures based on data acquired during a multidimensional examination of the organs according to the principle of “Virtual NLS-Scopy” with the use of the LAPP system (ultrahigh performance parallel processors system). Preparations of NLS pictures for visual analysis is fulfilled with the help of 4D Tissue, that allows not only the obtaining of virtual multidimensional pictures of anatomic structures, but also, to select biological tissue –“additional dimension” and visualize bones, soft tissues and vessels simultaneously.